Mathew Chittazhathu - On the other side of the table

By Von Leonie Flückiger
Meet Mathew, one of the co-founders and CEO of Adresta. Coming from the corporate world, Mathew has a background in insurance and innovation, and worked for several insurance companies right from his apprenticeship at SwissLife. At Helvetia Insurance Group, he led several innovation projects and was also responsible for the group-wide Artificial Intelligence framework and Blockchain program. In his role as a stream owner of corporate incubation, he came up with a concept that has now turned into a successful venture called Adresta AG.
Solving Problems and Overcoming Challenges
Mathew was never shy to get himself into new challenges, whether it was catching all 150 Pokemons, getting into basketball battles with way better players, or obtaining his Master's degree while working 100% as a project manager for a health insurance company.
He specialized himself in the field of innovation and joined the Helvetia Insurance group. In his role as a Senior Manager Innovation, he was responsible for searching for new business models for the Insurance Corporation and also strived to advance the digital transformation efforts of Helvetia. He did so by either incubating ideas internally or working with startups. Mathew is experienced in exploring potential use cases that benefit the business units and scaling them with the corporate groups.
During his time in the insurance industry, Mathew had lots of contacts with startups to collaborate on different projects. He was always inspired by their passion, drive, and mindset to go all-in. Apart from that he also was in charge of the internal Blockchain program. In the beginning, it was more about educating the whole Helvetia group about this new technology. He explained the potential benefits looking at existing use cases and projects. One of the internal projects caught his interest as he observed a trust dilemma on the second-hand market for watches. The rest of the story is history.
Today it’s a whole different ball game
Mathew and his team find themselves on the other side of the table. They are the startup with a vision. What drives Mathew and his team now is the possibility to make a dent in the luxury world by bringing something that they passionately believe on to the table. The team was able to motivate customers, partners, and investors to get on board for an exciting journey. Adresta focuses on bringing the best customer experience to watch owners, collectors, and enthusiasts.

Interview with Mathew about the potential of new technologies for the luxury goods industry (DE): 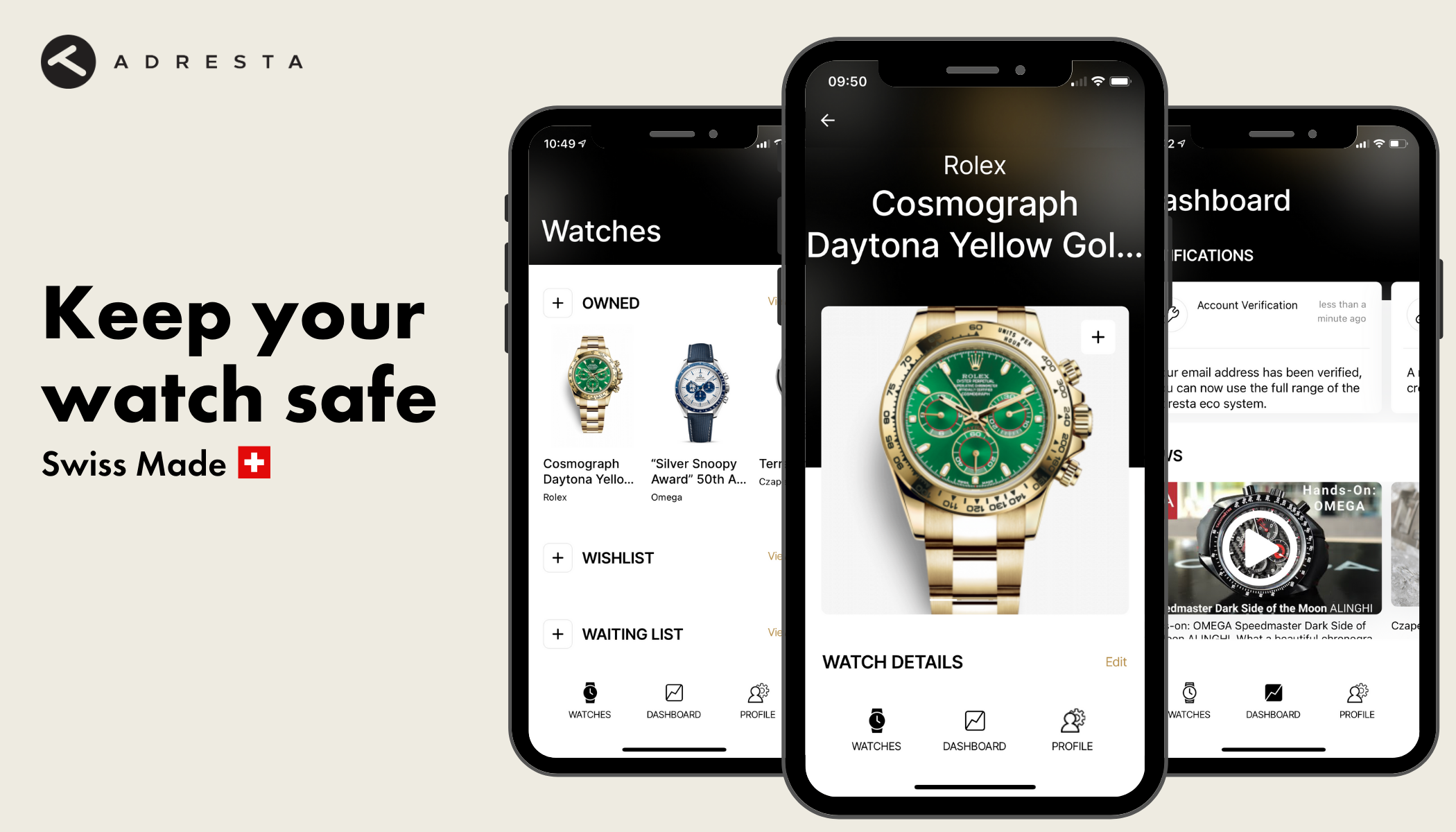